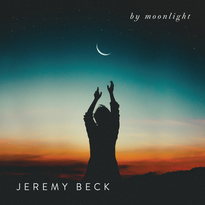 “With this latest disc Jeremy Beck shows, once again, that one can fashion convincing music from traditional ways and means that sounds alive and relevant. … It also shows his positive and tonal approach to composition, one that is happily devoid of arid technical or doctrinaire investigations.”

“Luminous, expressive, and refined are some of the words that come to mind as the album’s tonal pieces play, “by moonlight” deftly showing Beck cultivating an individual voice while operating within a tradition.”

“The music disarms me as a listener by not calling attention to itself as an example of some new trend, some flavor-of-the-month fodder for some genre cannon. Instead it beguiles purely on its own terms … As nature becomes awakened in full spring as I write this I feel the music helps do justice to the glorious seasonal opening of buds. Most pleasurable a listen it is. Bravo Jeremy Beck.”

“Rich rewards abound … [one of] today’s most thoughtful composers”

“by moonlight isn’t just a collection of works – it also provides a certain overview of my compositional life,” says Jeremy Beck.

Bringing together music of his present and past, this selection of orchestral, chamber, and vocal music opens a window into Beck’s sound world. From the celebratory Concertino for two cellos and strings to the pensive Serenade for orchestra, Beck’s musical language is direct and distinctly American. His music embraces a continuum of tonal compositional thought that organically embodies previous developments while moving forward in his own individual style.

Beck’s music has been called “… forceful and expressive. … concise in structure and generous in tonal language, savouring both the dramatic and the poetic” (Gramophone, 2013), while the critic Joshua Kosman has noted that “…novelty isn’t the only thing music can provide, and the moody expressiveness of Beck’s writing is its own reward.” (SF Gate, 2013).

Through his music – by turns confident and vulnerable, outgoing and intimate – composer Jeremy Beck reaches out to the world, sharing his artistic vision of the beauty, struggle, and thoughtful wonder that reflects part of our human experience.

Works on this CD include:

Dream and Echoes for SATB a cappella

Prelude and Toccata for cello solo

Three Songs for tenor and piano

Adagio and Allegro for violin and two violas

Of summers past, or passing for clarinet and piano