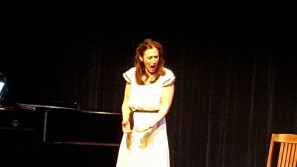 Called “an original voice celebrating music” by MusicWeb International, Jeremy Beck’s music has been described by NewMusicBox as “rhythmically intricate, and mak[ing] nods to the past while sitting squarely in the present. … Though architecturally rigorous, Beck writes clearly and without pretense[.]”

In 2021, his choral work Invitation to Love was one of four first-prize winners in The King’s Singers New Music Prize competition. This work was premiered 28 February 2021 as a part of the Washington National Cathedral’s Sacred Choral Music Online Festival.

Beck was awarded Third Prize in the 2018 MUSICA PER ARCHI International Composition Competition (Lviv, Ukraine), he was a finalist in the 2016 Bruno Maderna Competition, and he has twice been a finalist in the Utah Arts Festival commission competition (2013, 2006). In addition, Beck received Second Prize in the Boston Chamber Orchestra’s 2011-2012 Commission Competition, and his one-act comic opera Review – one of three finalists in the 2010 National Opera Association’s Chamber Opera Competition – received lively productions by Oberlin Opera Theater and Peabody Opera. 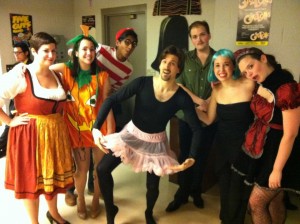 Beck’s String Quartet No. 2 (“Fathers & Sons”) was a Finalist in the 2011 New England String Quartet International Composition Competition. Released on a 2013 innova CD of four of Beck’s string quartets, critic Joshua Kosman found these compositions to be “appealing and skillfully crafted … [with] lush tonal harmonies” and declared “the moody expressiveness of Beck’s writing is its own reward.” (San Francisco Chronicle).

Beck’s first two innova CDs were included by Gramophone in its June 2006 Reviews: The best new recordings from North America. pause and feel and hark (innova 650), released in 2006, features some of his chamber music, including Black Water for soprano and piano. Dramatically effective as both a concert work and a staged monodrama, Black Water is based on the novel by Joyce Carol Oates. Reviewers have found Black Water “enthralling … stunning in its intensity” while Oates herself has written of her “admiration for [this] beautiful and haunting composition.” Co-Opera presented the Australian concert premiere of Black Water at the 2012 Adelaide Fringe Festival before taking it on tour to Sydney, Melbourne, and elsewhere in Australia. The Center for Contemporary Opera then produced the stage premiere of this work in 2016 to a sold-out Thalia Theater at Symphony Space in New York City, featuring the gifted soprano Laura Bohn.

Reviews of Beck’s Wave (innova 612) — a Slovak Radio Symphony Orchestra CD devoted to his music and released in 2004 — describe his Sinfonietta for string orchestra as “harmonically inventive, thoroughly engaging … sinewy and gorgeous” and Death of a Little Girl with Doves for soprano and orchestra as displaying “imperious melodic confidence [and] fluent emotional command.” At its world premiere, this operatic soliloquy based on the life of sculptor Camille Claudel was appraised as flowing “seamlessly through the use of a dazzling variety of instrumental and vocal color … a fresh, exciting piece by a major talent.” 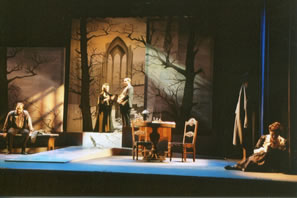 Beck’s opera The Biddle Boys and Mrs. Soffel was named by the Pittsburgh Post-Gazette as one of the Top Ten Cultural Events in Pittsburgh for the year 2001, while the Pittsburgh Tribune-Review hailed the work at its premiere as “superb … more successful compositionally … than many new works seen at major opera houses.”

Jeremy Beck’s music has earned awards, grants, and honors from the Wellesley Composers Conference, Oregon Bach Festival, the Los Angeles Chapter of the American Composers Forum, Millay Colony for the Arts, and the arts councils of Iowa, California and Kentucky. Beck is a practicing attorney and a member of the Kentucky and New York bars focused on the arts and intellectual property.