Death of a Little Girl with Doves for soprano & orchestra

“[Death of a Little Girl with Doves] is a deeply attractive and touching piece of writing which I recommend urgently for its imperious melodic confidence, fluent emotional command and yielding tenderness. ... Let’s now have Death of a Little Girl with Doves in the 2005 Proms please. Imaginative sopranos with good diction and adventurous and capable music directors should be seeking out this [work]. Do not delay.”

Death of a Little Girl with Doves is an operatic soliloquy based on the life of the French sculptor Camille Claudel (1864-1943). Claudel was an accomplished and celebrated sculptor in late-19th century Paris, where she was known as the talented and original young apprentice to Auguste Rodin. In addition to her own powerful work, Claudel assisted on many of Rodin’s most famous sculptures, including his “La Porte d’enfer” (The Gates of Hell). Claudel and the much-older Rodin became lovers, and their breakup precipitated Claudel’s mental and physical collapse. After ten years of intense creative activity, in 1913, she was committed to the psychiatric hospital at Ville-Évrard against her will. Claudel died in 1943, after thirty years of seclusion, in the asylum of Montdevergues, near Avignon. Hers is a story of Art, love, innocence betrayed, and the tragedy of a young woman’s persecution for being imaginative and independent during a time when such characteristics were viewed as inappropriate and dangerous for women.

“Çacountala (The Abandonment) [1888; 1905] is one of Claudel’s most sensuous works.  As in another of her pieces from this time, “La Valse” (The Waltz) [1905], two figures are realized as one, as an interconnected spirit.  In “La Valse,” the spirit is fluid, swirling in passionate motion, while in “Çacountala,” the dance is over, and the spirit finds itself dissolving. One cannot help but draw parallels from Claudel’s art to her life, and to experience some of her work as metaphors for her triumphs, struggle, and pain. I have found the music for my piece in this spirit, and have retained it as the central emotional image throughout this symphonic rhapsody. Death of a Little Girl with Doves is in two parts, subtitled “In Paris” and “In the Asylum.” Each of these two parts is then also divided into two movements. The music and text often move rapidly through different moods and time frames, reflecting the instability of Claudel’s life, and its ultimate dissolution.

This composition is a fantasy. It was inspired by the life and letters of Camille Claudel; however, the depictions of the characters who appear in it are fictional, as are many of the events described. The text incorporates aspects and excerpts from Liliane Emery Tuck’s translation of Reine-Marie Paris’ Camille Claudel, 1864-1943. The overall title of the work is taken from the title of one of Camille Claudel’s own paintings, the painting to which she refers in movements one and four. Although created as a concert work, the subject matter lends itself to being staged as a type of monodrama, not unlike Schoenberg’s approach to Erwartung.

Death of a Little Girl with Doves was composed from May to December 1998 for Leslie Morgan, soprano, and the Waterloo/Cedar Falls Symphony Orchestra (Iowa) and premiered in Iowa in 1999. This work appears on my 2004 CD Wave (innova 612), featuring Rayanne Dupuis, soprano, with the Slovak Radio Symphony Orchestra, Kirk Trevor, conductor. I am currently arranging a version of this work for soprano and an ensemble of twelve players.

Death of a Little Girl with Doves is available on a rental basis from: 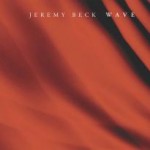 Request a grand rights license, to produce a live, staged performance of this work.

Please review the licensing options for this composition before ordering.